Healing Myself and Others Through Portraiture 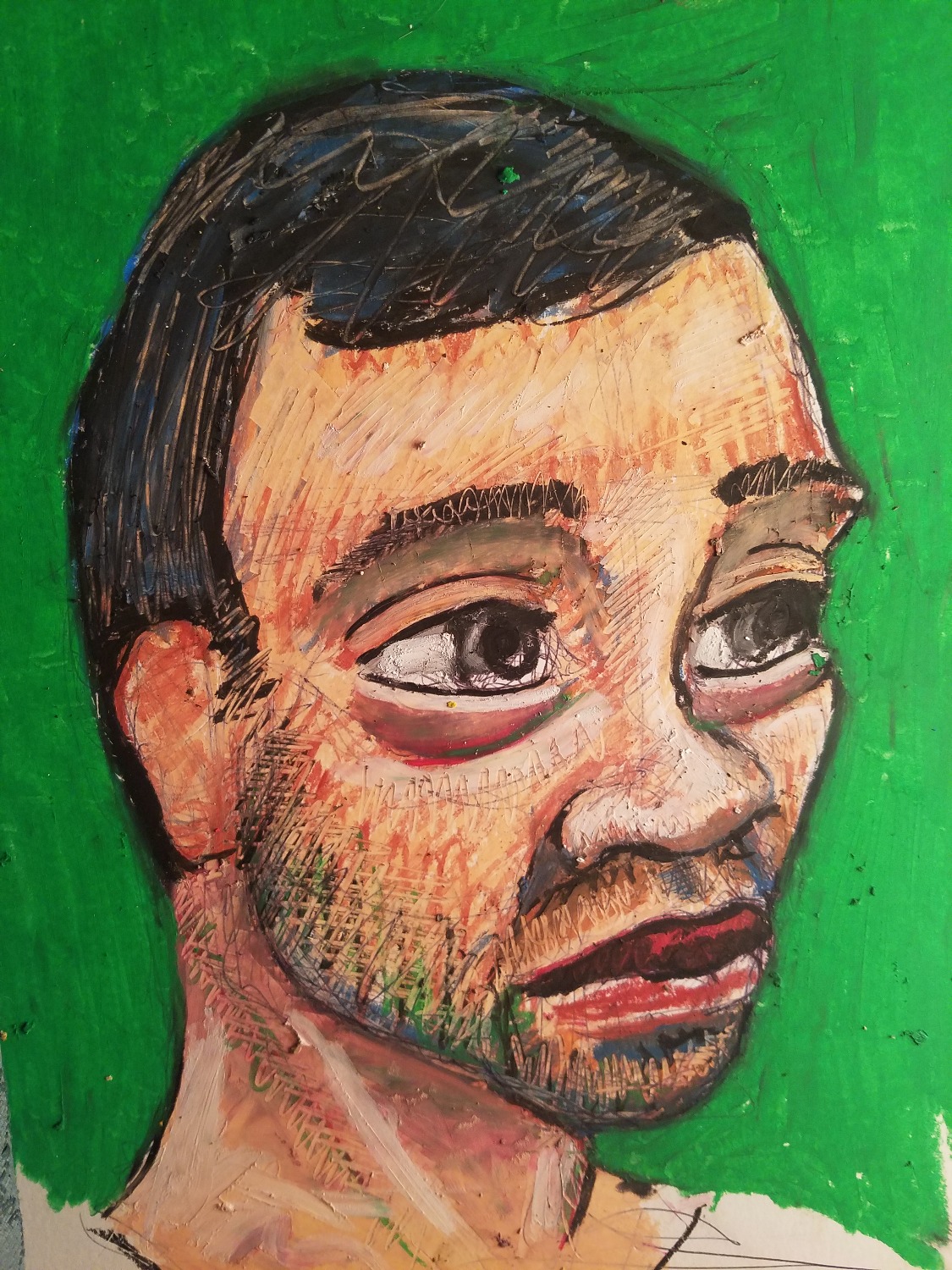 I had very little interest in continuing my education after High School. So much so two week before graduation and I hadn’t even applied to a college. I was eventually coerced by my guidance counselor to apply to anything, I knew that his reasoning was much less about me and more about the track record of the school but I relented. I was already an addict at that point and really just wanted to be left alone, so I applied to an art School. It was a trade school, I would spend 8 hours a day painting if they let me in, it was also a private school so they were probably taking all comers. Was I an artist at that point? It’s hard to tell, I only took art in High School as a way of not having to take a language. It was also the only class I did not struggle in.

I did get into that school and it was set up primarily as a way to crank out marketing draftsmen, but that business was rapidly changing and I didn’t have any idea about marketing. There I met a great teacher, one who saw me, and eventually, got me to see myself. This was the first teacher who allowed me to explore and I did. I created a lot of garbage back then but I was learning, maybe I was learning about art but I knew that I was learning about myself. After that first year I was convinced that I would be following my new interest in fine art. I left school, got involved in AA, to deal with my addictions, and continued to make art, whatever I could with whatever I had. After a year of making, and getting increasingly familiar with who I was, I returned to school to reconnect with that teacher that so inspired me. I was still very much struggling with my addictions and with who I was and how I fit in, or did not fit in, as the case may have been. That teacher and I quickly became peers and we remain so to this day over 20 years on. 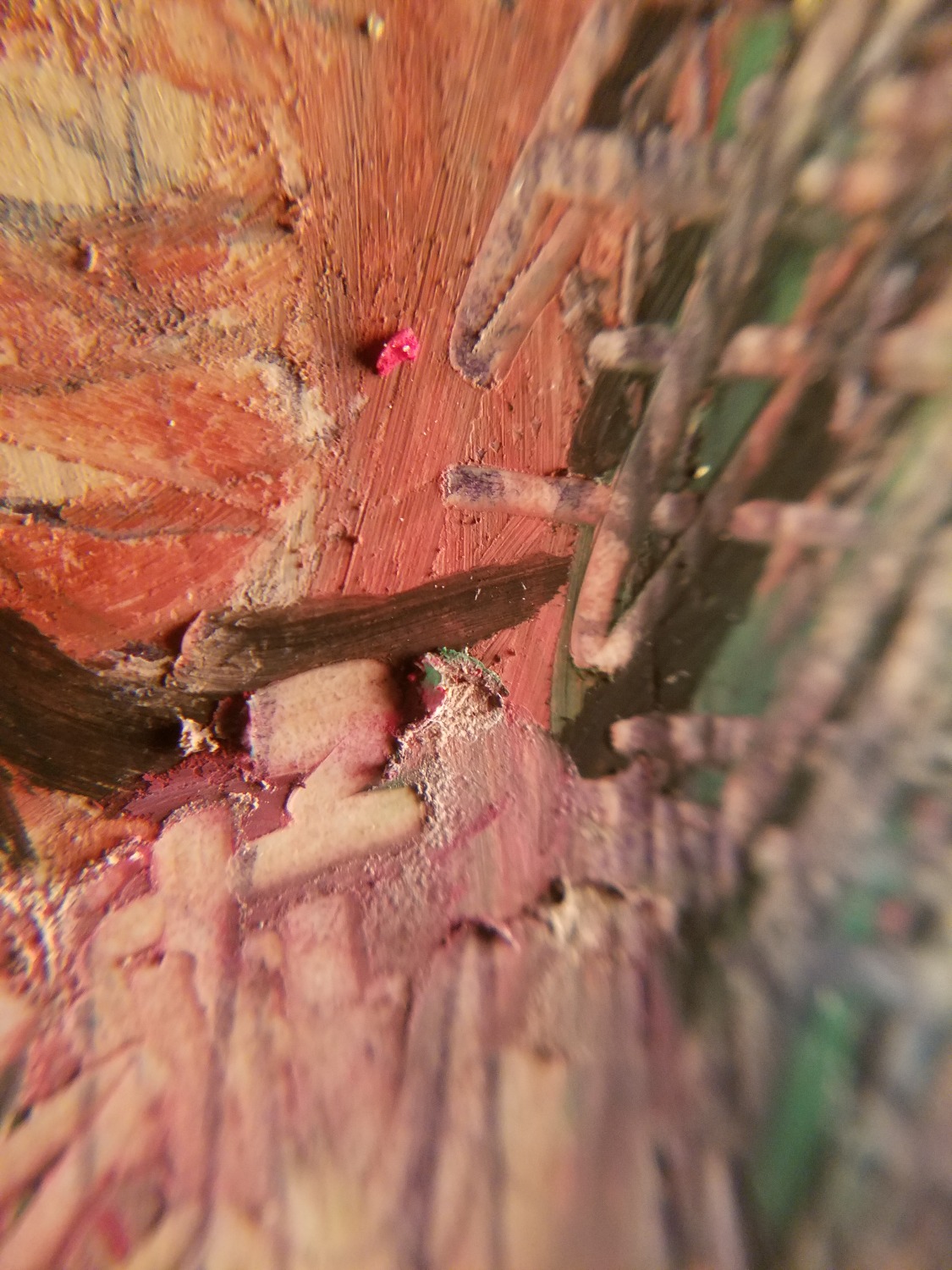 I struggled with addiction for many years quitting for a time and returning to either using, gambling or drinking and there were times when I would make art and then there were dry spells. I would romanticize art making and the artist’s life and was exploring all sorts of different making techniques as well as printmaking and video, all of which I showed in galleries and really may have had a foundation to build some sort of art career ,but then something interesting happened. On my final (as of today) cocaine binge I was invited to clean up by staying with a friend, which I was happy to do, as I really did want to clean up. After a few days of not being able to create I had an urge to do just that. My friend wanted me to spend one more night at her place, I explained that would be fine if I could could paint her portrait. She was cool with that and I brought some watercolors over and painted her portrait while she watched television and we chatted. I left the portrait behind and began to aimless drive out of the city. That was when I was gifted with the idea that I wanted to do this exact thing. Make portraits of people, connect with them, talk with them and leave the portraits behind to be out in the world. This project began as being much less about the portrait than it was about the interactions that I would, and did, have.

Over the next few years I was doing about 100 - 150 portraits a year. People who I may have only met once prior were opening up to me and the experience. I was learning a lot about myself. I was seeing how all of the people I met with had information to share. It was all information that I needed at the time. It continued to show me we are all the same and our differences are so slight that they needn’t even be mentioned. I was learning the true meaning that everything we see is a reflection of ourselves. This began as my “1000 Portrait Project” but I learned this was more of a lifelong activity so I just called it my Portrait Project because I knew I would be doing much more than 1000 of these. This was a project I did wholeheartedly for many years but eventually I could not keep it up. It was giving so much of myself and asking literally nothing in return. 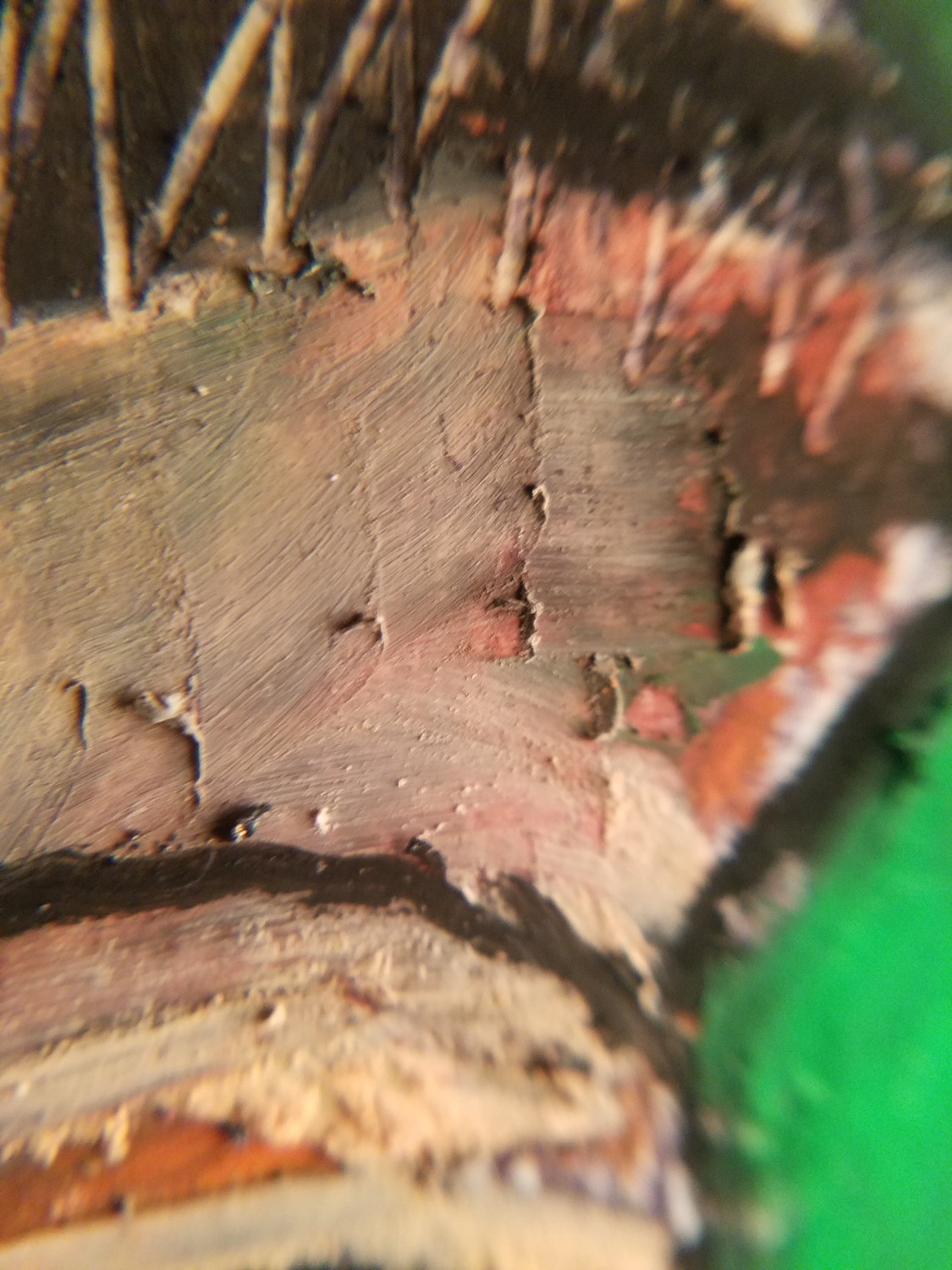 I explored other art forms again after having to get a little distance between myself and that project. That project had always been with me though and I would do a handful of portraits ever year. I was connected to others in a way I can not explain and I was able to allow myself more space and freedom to be me through that project. It kept me sober, it kept me clean and at times it kept me alive. It gave me purpose. Not all the portraits were good, but that was never my intention. My intention was to connect and eventually I learned it was to see others as well. As I see it each of those people I got to do portraits of, and all those in the future, see themselves through me and the work as I see myself through them and the act. Through these portraits I can drop myself and be with others. I hardly ever remember anything about making the portraits, I am so often totally engrossed in conversation that I only know when the piece has arrived, at that point I check to see if it is finished and it often is.

I have always known that I connect with others, the first time I was out in a plein air painting group only wanted to stand in the middle of the river and I had no focus in making a painting at all. Connecting, for me, is everything. And through art I am able to step outside of myself and connect with others deeply. I recently began doing portraits again but this time there is a preconceived understanding that it is a healing practice. After years of connecting and being vulnerable I have taken my portraits and put them in the place of a healing vehicle. I, as I have always done, talk with people and make their portraits, with the intention of creating something that will help my client see themselves. As they receive their portrait many things may come up and we discuss links between what they are seeing and the bigger picture.

I believe that when an artist has completed a piece they are drawn to look into this wild work. In the act of looking, which is more than mere looking, imbues the it with meaning and purpose. Looking at an artwork is connecting with it on a deep level that most people, when faced with that depth are not always able to navigate. This connecting and imbuing of meaning may take hours, days, weeks or even years. The artist may never again touch the painting, but still it will change, it will be tamed, tame enough to be shown and experienced. This is an activity that maybe only visual artists can experience but it is one of the most profound experiences I have ever had. With my portraits on the other hand I do not do that work, my client does. They look at a wild piece of art, which happens to be of them, and they react, they go inward and see themselves. This self reflection is a dialogue and eventually the portrait is tame but the inner dialogue continues.

I have, and continue to, develop Portrait Facilitation as a way to help others see themselves.