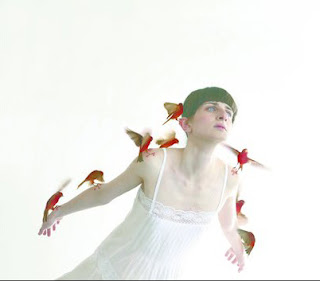 One of the cultural institutions I have often overlooked has been the Instituto Cervantes, or the Cervantes Institute. Upon arriving at the opening of Women & Women, a traveling show featuring 5 female photographers, I quickly realized how much I was actually missing. It is odd for me to have not frequented the Instituto Cervantes, as both an artist and a Spaniard I could have been influenced by a culture I am proud to be connected to but if I were to be honest, know very little about.

Women & Women, as I mentioned, is a show of photography, and the things that set this work apart, or at least link them together, is that the photographers are all Spanish women whose subject matter is women. At first this may seem normal, women artists dealing with women's issues, but that is exactly where the Spanish heritage plays such a big role. Spain is arguably one of the most liberal countries on the planet, and after Franco who can blame them. This liberalism, one would hope, can lift women in society to be equals so they are not considered a fringe group and have the freedom to follow their passions whatever they may be. Women & Women is a peek inside the lives of some very creative and inspired photographers who have an insight we can only imagine. 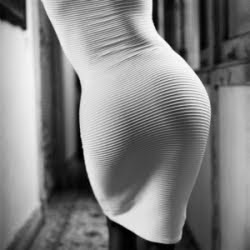 Sloedad Cordoba's photograph of her being swept away by small birds which very well may be Finches, his seems to suggest a growing connection between her and the vastness that surrounds her. On a very different note, the work of Isabel Muñoz celebrates women of the world for their individual power and prowess from Cuba to Ethiopia. The fun colorful work of Ouka Leele is almost hypnotically vivid and engaging. The work of Beatriz Moreno and Gabriela Grech were also eye catching although I felt the theme was slightly lost on me.

In closing this post I would like to say visit the Instituto Cervantes, their events are more often than not free and they have 12 hour $8 parking validation.